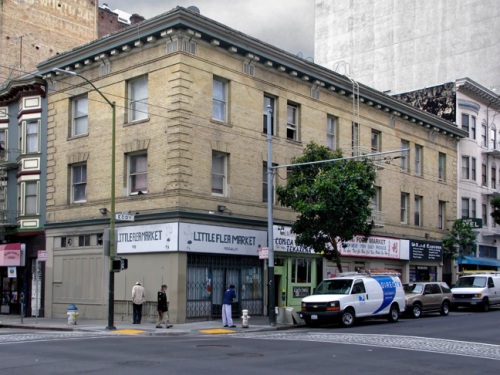 Born in Germany and educated at Stuttgart, Julius E. Krafft immigrated to America in 1872, spent a couple of years in Chicago, and moved to San Francisco in 1874. For twelve years he ran the drafting department for T.J. Welsh (Welsh and Carey)* after which he opened his own business. Among the buildings designed by Krafft are the St. George Apartments, Hotel Verona, and the Allen Hotel in the Tenderloin, St. Paulus Lutheran Church at 999 Eddy, a Lutheran church in Alameda, and numerous private residences. G. Albert Lansburgh, architect of the Warfield and Golden Gate Theaters, worked for Krafft while studying at UC Berkeley.

*Buildings in the Tenderloin designed by Welsh and Carey include the Rocklin (Western) Hotel, Hotel Proctor (Pacific Bay Inn), and an apartment building at 965 Geary. 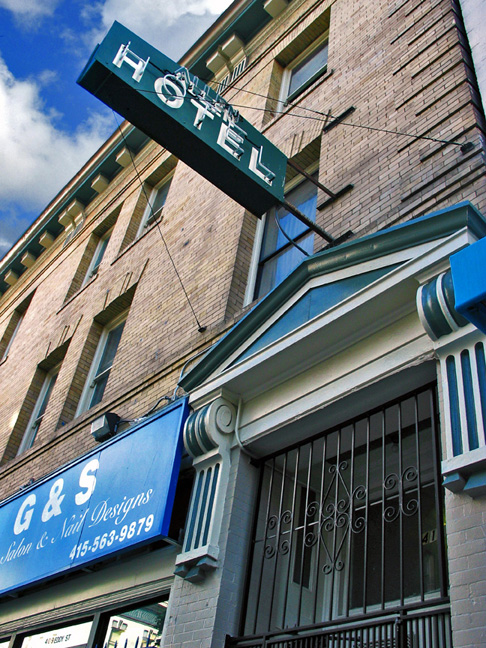 Note how the pediment above the entrance is reflected in the shape of the blade sign. 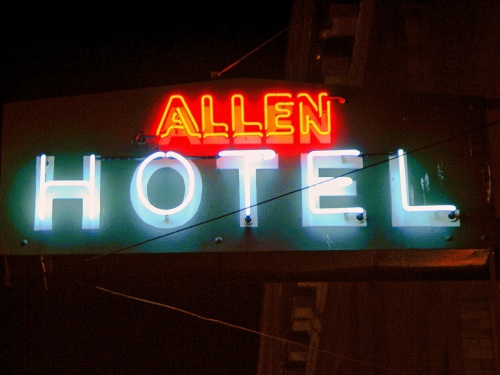 Blade signs were once a dominant feature of central city streetscapes. Of those that remain in the Tenderloin, some still have neon fixtures and many of these in recent years have been restored. 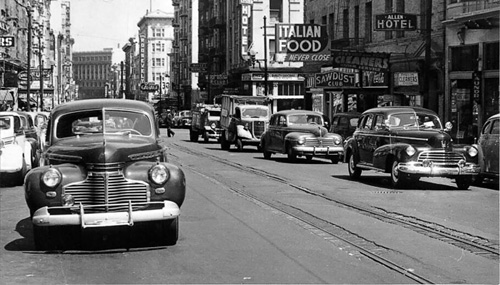 Eddy above Leavenworth, 1947. In the mid-40s, the Tenderloin’s biggest problem was double-parked cars. The tracks are for the 31 streetcar line, which was discontinued two years after this photo was taken and is now the 31 Balboa trolley line.