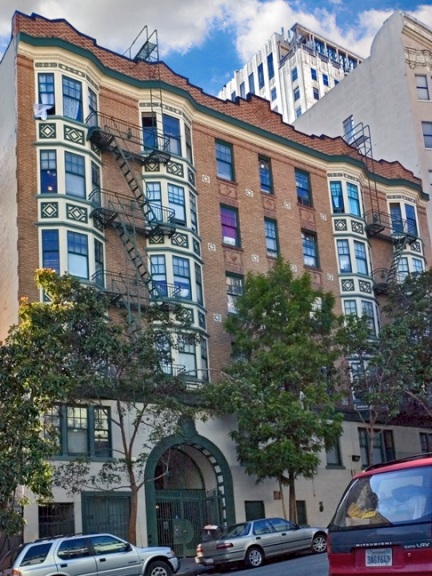 Of the various architectural firms involved in rebuilding the Tenderloin, Rousseau and Rousseau numbers among those that had pre-existing relationships with Tenderloin property owners, and in some cases with the contractors or builders as well. The architects in these partnerships produced more buildings than those working in the traditional way, and the most prolific among them were John C. Hladik, H.C. Baumann, Albert Schroepfer, A.W. Burgren, C.O. Clausen, and the O’Brien Brothers, each contributing to the district between seven and fifteen buildings, topped by Rousseau and Rousseau with seventeen buildings.